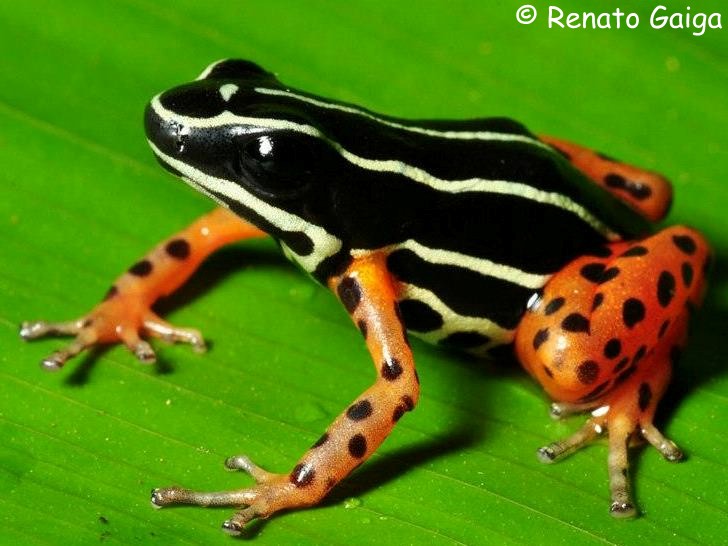 Adelphobates quinquevittatus differs from Adelphobates castaneoticus by its stripes on the back and flanks instead of round or comma-like points, from Ranitomeya cyanovittata and Ranitomeya yavaricola by its smaller finger discs and orange signal spots instead of whitish or greenish ones, also by its thinner stripes and its more orangeish legs.

Sexual dimorphism is exhibited only by males being slightly smaller than females, third finger disc in males wider than in females.

Adelphobates quinquevittatus is a small and shy diurnal frog, lives in the leaf litter, also on tree buttresses and stumps to at least 1 m above ground. Tadpoles are found in several kinds of phytotelmata in water-filled holes atop a palm stump and a tree-stump (1 m high); an adult frog was seen in one of these holes. Tadpoles (and a juvenile) were in a dead stump cavity and two other larvae were in a rolled palm frond on the ground, also in fallen Brazil nut fruit capsules (one capsule with three larvae, one capsule with two larvae and nine capsules with one larva each), in the water-filled crevice of a log. Although Brazil nut fruit capsules are commonly used, Adelphobates quinquevittatus seems to deposit tadpoles in virtually any available phytotelmata on or near the forest floor.

Adelphobates quinquevittatus is distributed in lowland rain forest in Brasil, Amazonas and Rondônia.

This name was used for several small striped species. References in older literature should therefore be examined carefully to determine which species they was talking about. 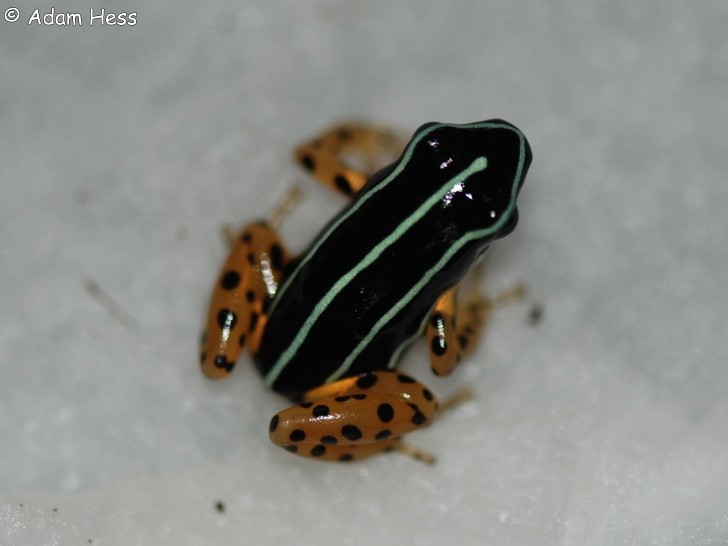 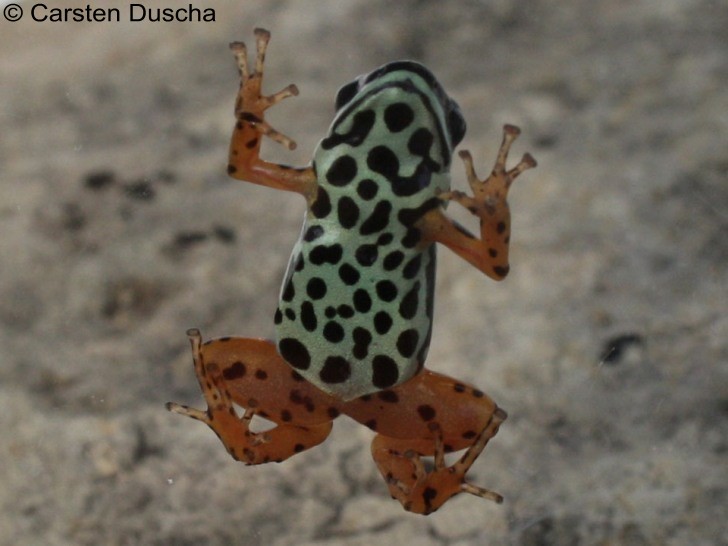 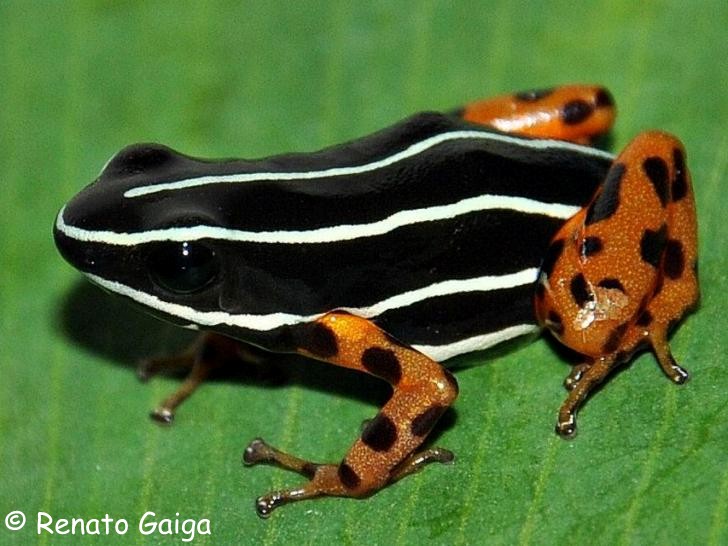 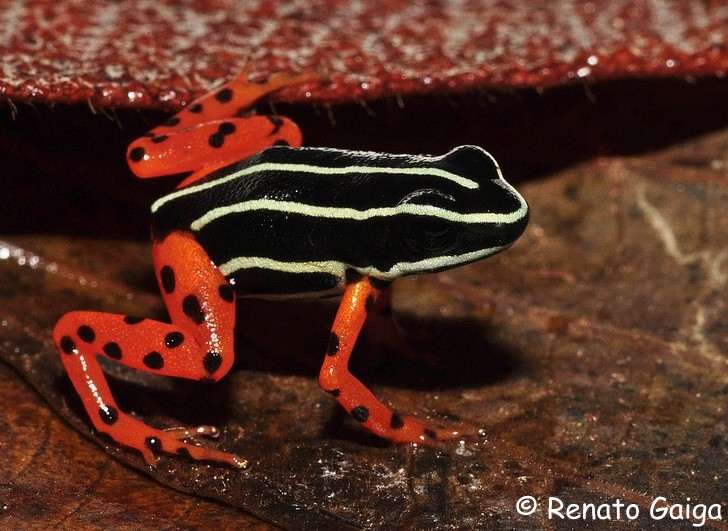 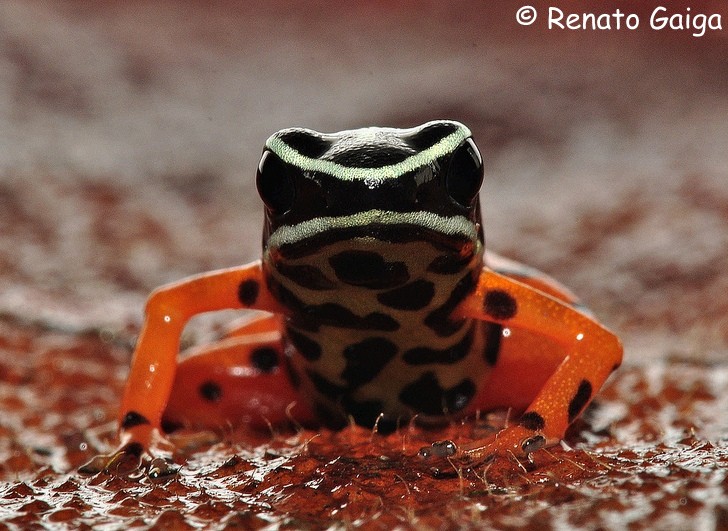 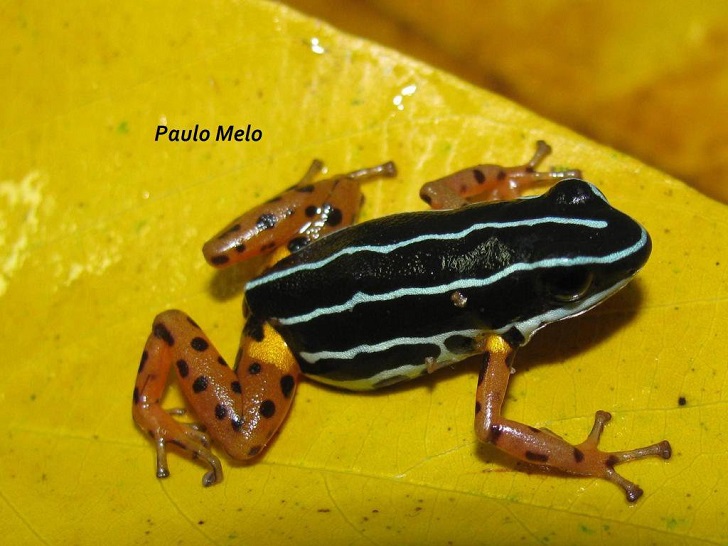 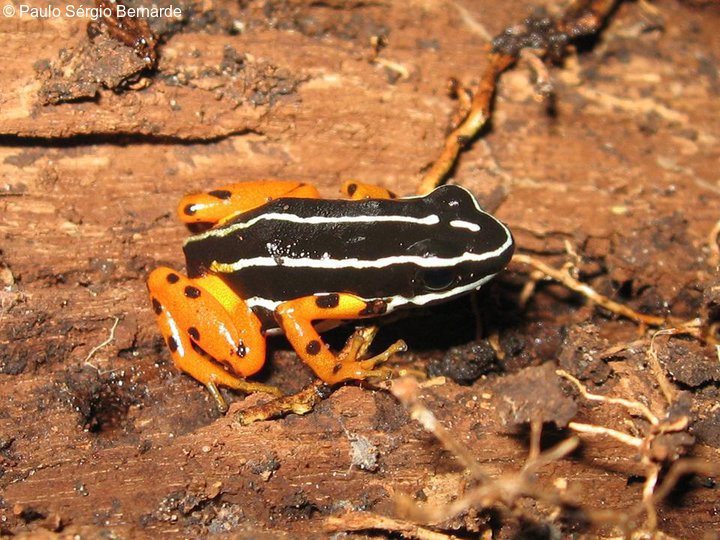 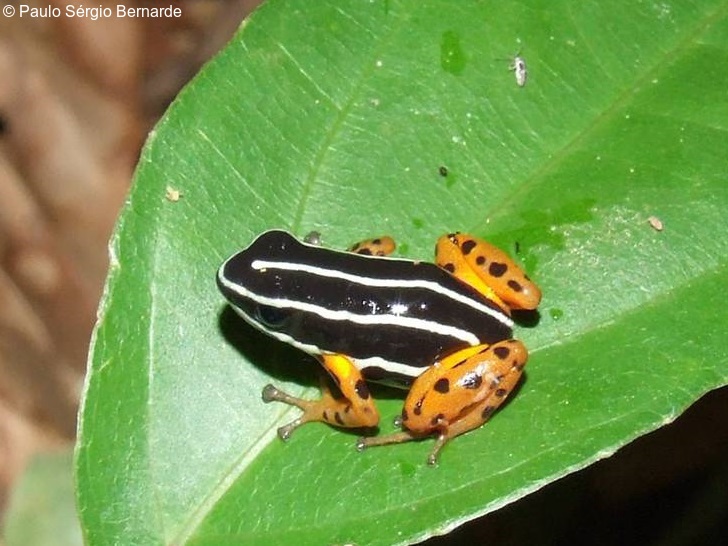 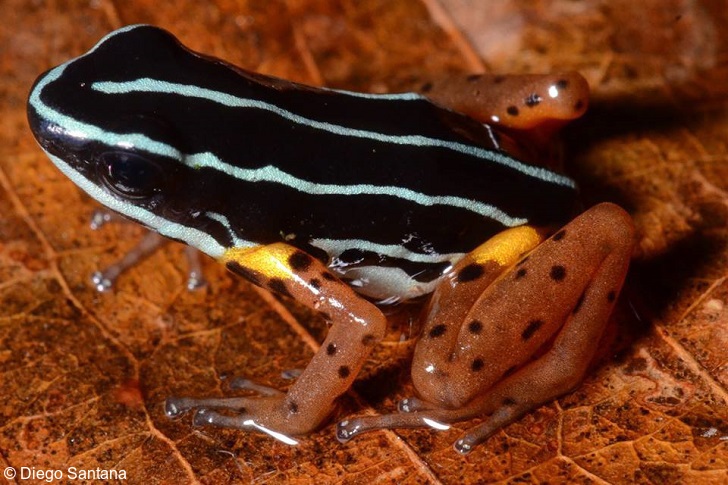 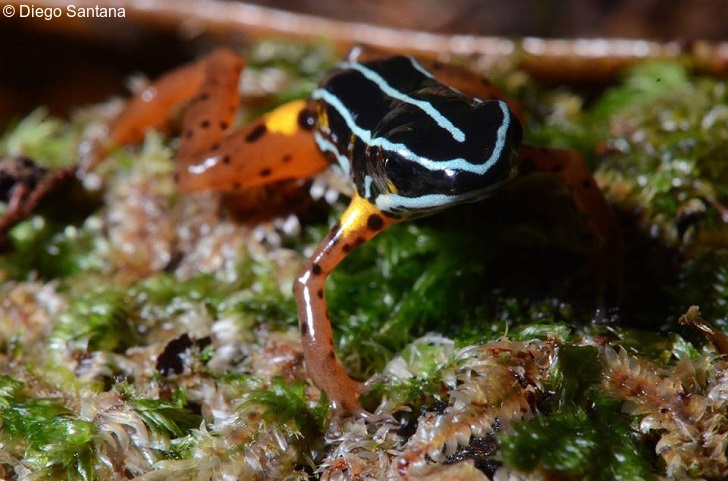 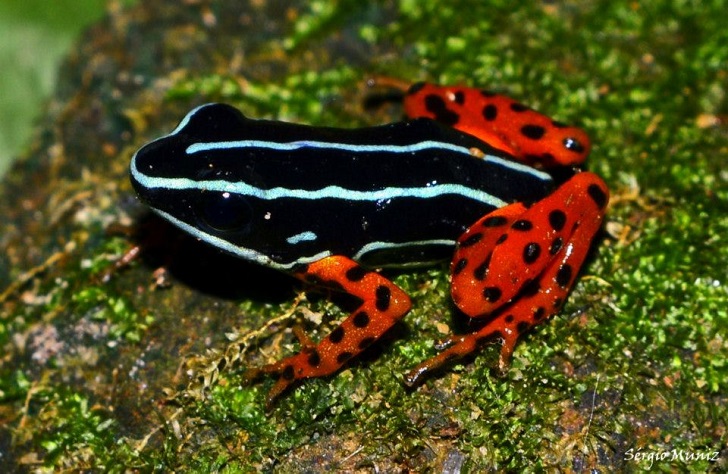 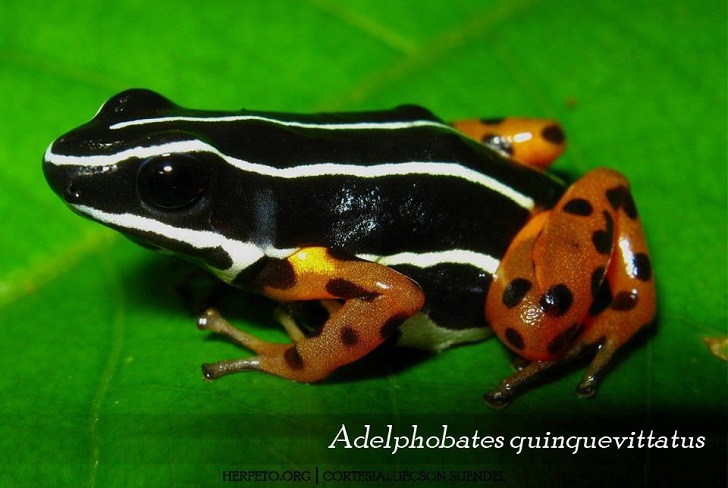